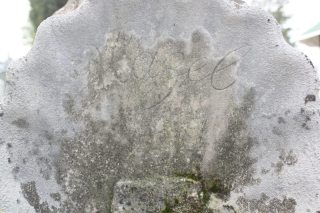 My first post on this blog was about the marker of two sisters buried in Green Hill, Louise and Hazel Conrad. Initially I thought the lightly inscribed name on the marker read, “Grace” but on my last trip to the Holland-Conrad family plot I discovered my error. The earliest burial records for Green Hill that I have date to 1883 and as I’ve mentioned before, they’re not complete, so piecing together who is buried in this plot requires a little bit of detective work. Even after more digging there are still details that are murky which means the search continues. 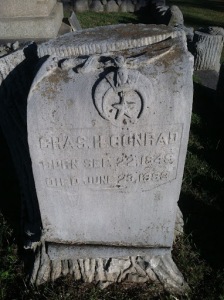 Charles H. Conrad was born in Orange Co., VA in 1849 to J.M. and Sarah Sneed Conrad. According to Brock (600) Charles was taken as a prisoner  by General Benjamin F. Butler when he was fourteen years old. During his three months in captivity he was apparently treated so kindly by Butler that the two kept in touch intermittently for years after the war. Charles attended school in Richmond, after which he came to Danville in his early 20’s as a leaf tobacco dealer. On November 8, 1876 Charles married Mary Parker Holland, who probably was known as Parker. Interestingly enough, the officiating minister at their wedding was the Rev. George W. Dame, father of the two children buried in the Grove Street Cemetery that were the subject of a different blog posting.

In March 1889 the Conrad’s apparent good luck seemed to be coming to an end. Parker gave birth to the couple’s last child, Parker Hazel on March 23. On March 30, the new mother was dead. Cemetery records indicate that her COD was “heart failure caused by confinement in childbirth.”

Nearly a month later, Hazel was also dead from “Erysipilis”.  When I searched this word, “Erysipelas” came up. Since there have been many other misspellings in the burial records, this is possibly what the transcriber meant. Erysipelas, or St. Anthony’s Fire, is characterized by a fever, chills, and skin inflammation and burning caused by the Streptococcus bacterium (the same bacteria responsible for Scarlet Fever.)

This line in the Green Hill burial records prompted me to see if I could find out how C.H. Conrad was “killed on R&D RR.” From the Goldsboro Headlight, June 29, 1893:
“Charles H. Conrad, banker and tobacconist of Danville, Va., fell from a train near Amelia, Va., Thursday night and was killed. His life insurance amounts to $80,000.“
Another blurb in the Weekly News and Democrat paints a slightly different picture. “The body of Charles H. Conrad, a prominent banker of Danville, Va, found on the railroad track at Richmond and foul play suspected.“
From the Weekly Gleaner: “The dead body of Charles H. Conrad, a prominent banker and tobacconist of Danville, Va., was found on the track of the Richmond and Danville railroad near Amelia courthouse. He is supposed to have fallen or been thrown from the train.“
And then the trail went cold, at least from what was available online. It’s possible that since there were no other mentions that it was decided that Charles’ death was an accident. If the $80,000 life insurance policy was true though, it would mean that his children could live reasonably well for at least a period of time (depending on how much debt Charles had.)

The 1900 census lists the Conrad children: Lucile (21), Holland (19), Lizzie (18), Grace (16), and Myrtle (13) living with their mother’s brother and his wife and two servants at 605 Holbrook Avenue. While looking at that census I noticed that the Conrads didn’t live very far from where William and Mary Diffendal lived. (One of the many things that intrigues me as I’m researching local graves is how intertwined the lives of the “Old Danville” families seemed to be.)

There is much more to be said about the Conrad family, but I will reserve that for later. In the meantime, here are a few more photos of some of the detailed markers in the family’s plot. 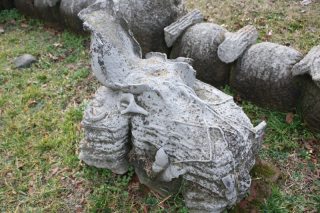 I’m not sure if this was a flower or another opened shell originally. The photo below is Hazel’s side of the shared marker, but I can’t make out what was in the shell. 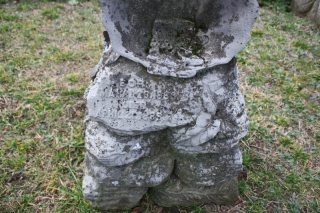 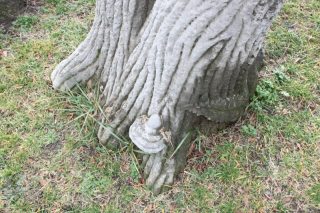